How Is It Possible For Santa Claus To Go Around The World In A Day?

“I learned that we can do anything, but we can't do everything... at least not at the same time. So think of your priorities not in terms of what activities you do, but when you do them. Timing is everything.” - Dan Millman

Does Santa Claus exist? The answer for that question is a maybe, not a yes and not a no. But the true question is not whether he exists or not, but rather how is he able to go around the world in a day to deliver presents to a billion people around the world? How does he do it?

Time is everywhere and nowhere at the same time. Why? Because it follows everyone wherever they go and yet you can’t physically see it. To provide a better explanation, let us use Santa Claus as an example. If he does exist, the following are theories for tips on future possibilities:

From How to Prioritize When Everything Is a Priority, you control your mindset to not be overwhelmed by all the tasks you have to do. If we are to think from a big picture perspective, the following are ways to simplify the gift delivery:

Santa Claus is known as the big guy who wears a red suit with a long white beard. But if no one has proven the existence of Santa Claus, how is it possible to only think of him or maybe even her as Santa? How does he or she really look like? What else is Santa known for?

Another belief is that Santa goes down the chimney to deliver his gifts. But not all households have chimneys. How does a big guy fit inside the chimney? Why is his bag able to fit all those gifts for many people? How are his reindeers able to fly?

Why are there many impossible traits that Santa is recognized for? Why is Santa Claus so contradictory? And yet Santa is well known even if no one has seen him. Who exactly created him?

This means that Santa Claus can be anyone. Anyone can give gifts to others. Gifts can mean anything. It doesn’t have to be in physical form and tangible for it to be believable. The idea of Santa is enough for it to become so widespread. Therefore, the idea itself forms our beliefs and activities.

Only you can determine your goals and priorities. Everyone is complex because we all get so caught up in overflowing our priorities with so many goals and activities that we sometimes forget to prioritize ourselves. For this holiday season, my simple gift for everyone is to believe in you, take a break and relax.

Even a simple belief and relaxation can do wonders on how you think and feel. The holidays is not a time to do more work, but to replenish yourself so you are ready to tackle the New Years. How else are you able to improve and make others believe if you are too stressed out for next year? 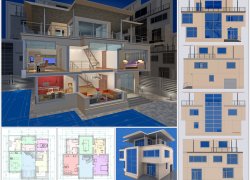 Part 1: How Is Web Development Similar To Building Your Dream Home? 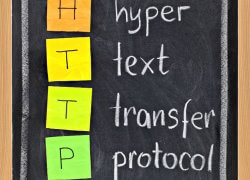 How Does The Internet Work?

One of Frances’ truly unique qualities is her ability to transfer my vision for the project into actual working, functioning pages. Her quality is first-rate, and her ability to responsibly meet deadlines is very rare in my experience.