Why Is A Backup Memory Critical?

“History is the witness that testifies to the passing of time; it illuminates reality, vitalizes memory, provides guidance in daily life, and brings us tidings of antiquity.” - Marcus Tullius Cicero

No one can change the past and no one can predict the future. The only thing we can control is what we do now. Therefore, humans creatively invented a way to bring back the past into the present when something might go wrong in the future. This invention is called saving data, documents or files and putting them into memory.

From Wikipedia, memory is an “organism’s ability to store, retain and recall information”. In today’s digital age, the best device that provides growing memory storage is a computer. Not only do computers calculate math functions at the speed of light, it also stores memory like a human brain, but have better search capabilities.

How Is Memory Used Online?

The internet is like a shared storage of knowledge and experiences coming from the minds of a billion people. Some information are facts while others are opinions. Experiences either come from the past, the present or the future. Nonetheless, some of these data would not be known without the internet and its combined archive of memories.

In a previous blog post, one approach to improving our memory is by associations. With the internet, associations come from internal and external links that point to other pages on the same website or other related sites. The more back links a page or website has, the better SEO it will receive. However, these back links need to be relevant to the page or else Google’s algorithm will subtract points off of your ranking.

How Is Memory Used In Development?

Besides saving files, backup memory is especially important when developing websites. For software development, developers use version controls like CVS, SVN or the most popular today is GIT. It allows single or multiple developers to change and share files without worrying about overriding each other’s codes.

The best feature of a version control is that when the present code includes a massive mistake that breaks the app or website, a developer can easily pull an old version saved in GIT and revert to a past version. Or instead of fully reverting back, developers can simply see which codes have been changed and fix those mistakes. As you can tell, version controls are invented because developers do make mistakes.

How Is Memory Used In Business?

For business, creating scheduled backups is crucial to remedy errors in a live site. Nothing is perfect, which is why before updating anything on a website, there is always a constant warning to backup your files and database. Why? Because even if the updates have been thoroughly tested, the environment those tests took place in is not necessarily the same as your website’s current conditions.

Change or an upgrade does not constantly result to a positive experience because many internal and external factors affect the outcome. Examples of such factors are modifying the software or CMS’s core code, incompatible modules/plugins or very bad coding standards on the back-end of your custom changes.

What is the best way to avoid making mistakes to be witnessed by a billion people for a live site? Make sure that you or your developer test all upgrades in a local or development environment where you can make as many mistakes as you want. Any mistakes that appear during testing mode will be fixed before applying it to the live site.

The following are modules or plugins that allow you to make a backup:

You can make a manual backup using FTP and phpMyAdmin. To save time, I recommend using the modules or plugins. I love Drupal because its Backup & Migrate module is an all in one that is constantly being improved by many developers.

Unlike WordPress that actually has more than the seven plugins listed in that article. Call it spreading itself too thin, but why can’t WordPress Plugin developers collaborate and make something that works for all conditions? Some plugins only allow you to backup, but not restore. What’s the point of keeping unusable plugins in the repository?

Essentially, developers sort of created magic by allowing site owners or maintainers to change the past and fix any mistakes. Humans may not be able to change the past in reality, but anything is possible with virtual reality. Don’t people get better at predicting the future the more mistakes they learned from the past? Why would you want to go through that painful mistake a second time? 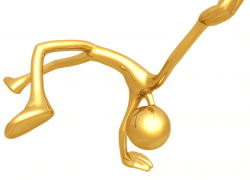 Why Is It Better To Have A Dynamic Than A Static Website? 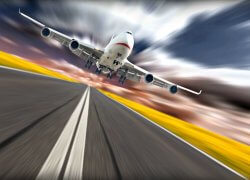 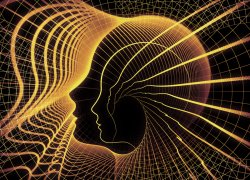 Why and How Is Brand Identity Beneficial For Your Business?