Why Is It Always Hard In The Beginning?

“There are only two mistakes one can make along the road to truth; not going all the way, and not starting.” -- Buddha

False is false no matter how convincingly someone makes it true. Truth is truth no matter what others may want you to believe otherwise. The road to truth and false is only separated by you, the one in the center of it all.

What are your truths and what are your lies? How do you know that something exists if no one has done it before? Someone else’s truth may not be your truth. Why? You are your own person, aren't you?

Starting something new always results to change. And change is scary. But why do many fear it? One of the reasons is that it's like trying to find your way in a maze where you do not know where it will lead to. Then in that case, why do you always want to know what's going to happen tomorrow?

Every day is a new day. Each day presents new opportunities and new ways of thinking. What you learned from yesterday allows you to avoid the same mistakes so you can figure out a different way to do your tasks now. But if you have not done anything new yesterday or starting today, what makes you think you will have a better result tomorrow?

If making mistakes is failure, you will probably stop doing anything new just to avoid it. But what is so exciting about a life with nothing new to discover and learn from? What does learning mean to you? Is doing what you already know considered learning?

Rather than seeing failure as a negative event, why not see it as a positive experience to keep improving your product, service or self. If you have found all the different ways to do something wrong and learn from it, you will more likely create something that is less error prone from the many perspectives you become aware of. Why? If you have found most of the negative outputs, you will be left with the positive results.

According to Newton’s Law of Motion, the following explains why change is necessary for growth:

How Do These Rules Apply As A Web Developer And A Founder?

The first rule of inertia and motion is simple. Start as soon as possible and keep going unless, of course, you have to rest. As a Founder, you decide the best and most productive time you work at your own pace. As a Web Developer, I get to have some control of how the final product is going to be with guidance from the clients and designers.

Second rule measures the number of changes I have done to improve my skills for every new project, every new client and every new collaboration. Main goal for each week, month or year is to have an observable change in learning something new.

Third rule is to know that I have interacted with the right people to gain wisdom from and influenced at the same time. To know that I belong in a community of amazing entrepreneurs and business owners that I can share my passion in web development.

Instead of taking a step back whenever you get scared and nervous … isn’t it better to face your fears head on? Every small step forward is better than nothing at all. Have you started something new? 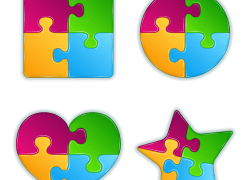 What Leads to Perfection and Imperfection? 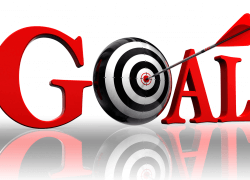 Why Is Understanding, Not Just Knowing, Your Target Audience Essential? 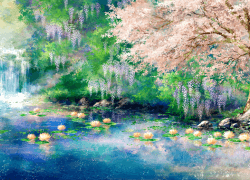 She is very responsive, reliable and a great communicator. I highly recommend Frances Naty Go and her company, Goldlilys Media, as a web designer and developer who will work closely with you to make the process simple and get you a leading-edge website you can be proud of.